What if you knew men, women and children were being slaughtered but had to cover it up?’

Fake news. Alternative facts. Truth, lies, damn lies and statistics. Just who are we to believe? In this near-future dystopian thriller, that will be United Nations Police “moderators”.

Thirty year old UNPOL officer Richard Warren has been embedded with the BBC and not seeing eye-to-eye with journalist Sarah Dyer is just the start of his problems. News of an Ebola pandemic is being withheld, and when it’s discovered Sarah’s artistic savant brother is involved, Richard’s determination to get to the truth takes an unexpected turn. But what if the truth must never be known?

And Richard thought Sarah was a challenge. The very concept of right and wrong is about to be tested and in a way that’s going to make fake news look like quality journalism.

Alec Birri served thirty years with the UK Armed Forces. He commanded an operational unit that experimented in new military capabilities classified at the highest level (Top Secret Strap 3) and it is this that forms the basis of his novels. Although semi-autobiographical, for national security and personal liberty reasons, the events and individuals portrayed have to be fiction but are still nonetheless in keeping with his experiences.

If you regularly enjoy listening to audiobooks then this Shakespearean actor will need no introduction. Winner of a 2016 SOVAS award, Jonathan’s voice is rightly recognized as being one of the best, and his narration of Alt Truths is no exception.

I had a blast listening to this story by Birri. I love infectious disease horror novels and I had been feeling like I needed a thrill recently! It was a very exciting time to spend listening to this novel. The characters are well fleshed out, the disease is horrifying and awesome! I give it a 5/5 stars.

I also love Jonathan’s narration. He did a great job with pacing and with making each character feel distinct. I definitely recommend if you are looking for something thrilling! I give it a 5/5 stars.
I received this audiobook as part of my participation in a blog tour with Audiobookworm Promotions. The tour is being sponsored by Alec Birri. The gifting of this audiobook did not affect my opinion of it.

‘By her own admission, my next guest has led an unconventional life. Born into privileged American society, and educated at some of Europe’s finest finishing schools, a life of fashion shows, A-list galas, political fundraisers and other well-heeled charity events was never going to satisfy the young Karen Bradley. No, this rebellious teenager had another career in mind and one that could not have been more opposite – pounding the beat as a humble police officer. Fast-forward forty years, and today, the United Nations’ most senior policewoman commands a contingent of UNPOL moderators to the UK. And not without controversy.

Blame Brexit. Blame Trump. Blame the rise of populism in general if you must, but there is no doubt we are currently living in what historians may one day refer to as ‘interesting’ times. And, if you know your pseudo-Chinese proverbs, that’s not meant to settle your thoughts. The literary upshot of that? A resurgence of interest in dystopian classics like Orwell’s 1984, Huxley’s Brave New World and the more modern, The Handmaid’s Tale by Margaret Attwood. Want to have a crack at ensuring historians include your name in that illustrious list? Then read on. 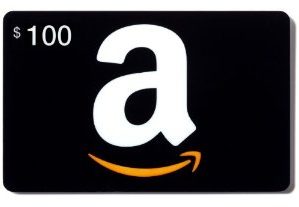