“I don’t save, I kill. I don’t build, I break. I don’t run, I chase. And I won’t rest until a new society is built on the System’s ashes.” (Cassidy Havok)
Kaden Valens’ world is kill or be killed. Such is the life of a Challenger, the property of a Citizen. Fight or die. When Kaden is ordered to face his sole family member, his sister, Nix, he chooses a different battle – one against the Federacy that owns him.
Rebel Cassidy Havok is the Federacy’s worst nightmare. Her only goal is to bring down the government, doing whatever it takes to eradicate the slave-based society. When Kaden defies the Federacy publicly, she hopes to make an ally out of him, turning the tide in the resistance’s favor.
Cassidy helps Kaden escape the clutches of the Citizenry, and they flee to the Wilds, the world outside the Federacy’s reach. There they plan for the fight of a lifetime. Can they take on a nation, or is their cause a lost one?

K.M. Riley is not only a lover of stories, but she’s a game designer, artist, and fan of all things imaginative. If she’s not writing, she’s daydreaming or doodling about more worlds and characters that will make great tales. With a background in Creative Writing, she’s always busy creating new adventures, or taking part in them.

I very much enjoyed Riley’s novel. Sometimes I get bored with the YA dystopian genre but she helped breathe new life into my love for this genre! Her characters were well developed and the world made sense. There were good reasons behind things going wrong and being set the way they were. I also loved that the siblings had a tumultuous relationship. They were mad at each other and felt each had the right answer as to how to save their people but found that together they could help everyone. It made for a very satisfying ending. I give the novel a 5/5 stars.

The audio wasn’t as much love for me. Cool had this weird narration voice that didn’t have much emotion in it. She did better when characters were talking but the lack of excitement in her voice during some scenes really screwed with the listening experience. She did have a clear voice and good pacing. Just wish there had been more emotion. I give the audio a 3.5/5 stars.
I received this audiobook as part of my participation in a blog tour with Audiobookworm Promotions. The tour is being sponsored by K.M. Riley. The gifting of this audiobook did not affect my opinion of it. 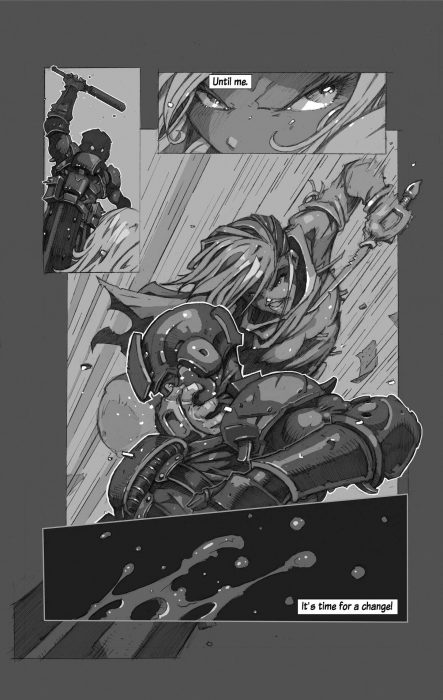