How to Steal a Highlander

A modern thief
Katherine Goldman is a professional with world-class skills, but the expertise of the family firm doesn’t lie within the scope of legitimate commerce. Goldman & Associates steals priceless treasures and delivers them to the highest bidder – and business is good.
When Katherine lands in Scotland to boost some relics, nothing in the experience of this notorious thief prepared her for a collision with a dark, rakish man wearing plaid…who happens to be trapped inside an ancient mirror.
A man imprisoned in time
Centuries before, Simeon Campbell had no idea the woman he charmed was a witch of unspeakable power. When Simeon refuses her gift of immortality, he quickly learns there is no wrath like a woman scorned.
Cursed to spend eternity within the bonds of her enchantment, Simeon is lost time and nearly bereft of hope. Until he’s accidentally released by a lass with questionable motives, in a century he could never have imagined….
One wicked curse
As the pair plunge into a journey where danger trails them at every turn, this man of honor is determined to stop at nothing to save the woman he’s sworn to protect. But Katherine stubbornly knows better than to clash with an enemy face to face. If Simeon is determined to defeat ancient evil at its source, he’s going to need help. He’s going to need a thief.

Since Olivia is old enough to remember, she devoured books and stories and became enchanted with the worlds the authors created. Imagination, unforgettable characters, and the swoon-worthy, alpha males have made a huge impact on her writing style.

Olivia is known for strong, sassy characters who are always ready with a quip of humor, despite their situations. Born in the Chicago area, Olivia moved to the sunny shores of the Tampa Bay more years ago then she cares to admit. Olivia writes full-time, and enjoys her “C” hobbies: cats, cigars and classic cars.

Greg became an actor in his mid 40s, fulfilling a lifelong ambition when he trained at Arts Educational Schools, and has enjoyed a varied career on stage, screen and in the voiceover studio ever since.
As a Voice Artist, Greg is an accomplished narrator of audiobooks, a regular in audio dramas made by the award-winning Big Finish Productions and has appeared as a voice artist in major movie and TV productions including The Gunman and Ripper Street, not to mention appearances in main roles such as Good ‘Lias Hatfield in Hatfields & McCoys.
He has also voiced E-Learning projects including the instructional guide for Amazon’s Kindle Fire.
Greg specialises in accents being expert in regional British, regional American and European. He is an accomplished musician and when not working is happiest of all on a boat!

Norem did a good job with the narration! His voice helped get me through the novel 🙂 I loved his voice for the male characters the most!! I give him a 5/5 stars.

story wise it was good, I give it a 4/5 stars. I was immediately interested in the characters but I did feel like it lagged a little in the middle. And the romance could have been a little more direct. Overall very interesting with the mystery involved I think it added another layer!

I received this audiobook as part of my participation in a blog tour with Audiobookworm Promotions. The tour is being sponsored by Olivia Norem. The gifting of this audiobook did not affect my opinion of it.

When I’m in character development for my books, I begin my process with extensive research of actors and roles, looking for inspiration to guide me in gestures, body language and expressions. Of course, I think every author dreams of seeing their work on the screen one day, so here is my dream cast for How To Steal A Highlander.
It goes without saying we have an unlimited production budget and every actor is able to bypass nerve-wracking negotiations and scheduling conflicts, and simply says “Yes!”
Hey, it’s a “dream.”

Simeon Campbell – Aaron Taylor Johnson would be my top pick for Simeon, our alpha male highland hero. From first being introduced to him in the Kick Ass movies, I saw unlimited potential for this very talented actor. I can absolutely see him bring dynamism to an expressive and emotive performance dressed in a kilt.
Katherine “Kat” Moira Goldman – Yvonne Strahovski for Kat, our world-class jewel thief. I fell in love with Yvonne’s performance as Sarah Walker in the Chuck television series and confess she was largely an inspiration for Kat’s character.

Ian Goldman – James Franco. Ian adds levity and expressiveness to even the most tense situations. James would rock this role, just as Ian does in his appearances.
Murray Campbell – Michael Parks. Murray’s character was largely based on Fagan from Oliver Twist and I harken back to Kill Bill vol. 2, where Michael Parks played dual roles of Earl McGraw and Esteban Vihaio, which blew me away when I read the credits. He has amazing range.
Sofia Campbell – Hayley Atwell. I believe Hayley would bring just the right amount of tough and sweet in her performance of Sofia, who should be stealing screen time in her appearances.
Isobel – our evil witch. I’ve wrestled with this one. While Helen Bonham Carter seems a likely choice, I’d love to see Zoe Saldana in this role.
In our initial meetings between myself and narrator Greg Patmore, his impression of Isobel’s voice was evil, chocolate, sex. I couldn’t have described her better. When I first previewed the audiobook of How To Steal A Highlander, Greg brought a nuance to Isobel which reminded me of the witches in Macbeth. Zoe hasn’t played this type of role yet and I believe it would be an unforgettable performance – along with the advanced pyrotechnics at the climax of the book.
Uncle Alastair – Kristofer Hivju. He’s the perfect man for our burly 17th century Scottish warrior.
Gerhard Bernd – Greg Patmore. Yes, he’s our narrator, but he is also an accomplished actor. He’s amazing at accents (the audiobook will attest) and he looks wonderful in a suit.
Brice – James McAvoy. It’s a small role, but he’s a sexy wedding guest bent on seduction. Who wouldn’t want to be seduced in an authentic Highland castle by James McAvoy? 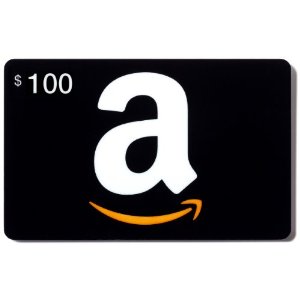 How to Steal A Highlander Giveaway: $100 Amazon Gift Card

4 thoughts on “How to Steal a Highlander”