The second in a dystopian trilogy based on the author’s command of a top secret government unit.

Discovering an infamous Nazi doctor conducted abortions in Argentina after the Second World War may not come as a surprise, but why was the twisted eugenicist not only allowed to continue his evil experiments but encouraged to do so? And what has that got to do with a respected neurologist in 2027? Surely, the invention of a cure for nearly all the world’s ailments can’t possibly have its roots buried in the horrors of Auschwitz?

The unacceptable is about to become the disturbingly bizarre. What has the treatment’s “correction” of pedophiles got to do with the president of the United States, the pope, and even the UK’s Green Party?

As if the Condition trilogy wasn’t unsettling enough…. 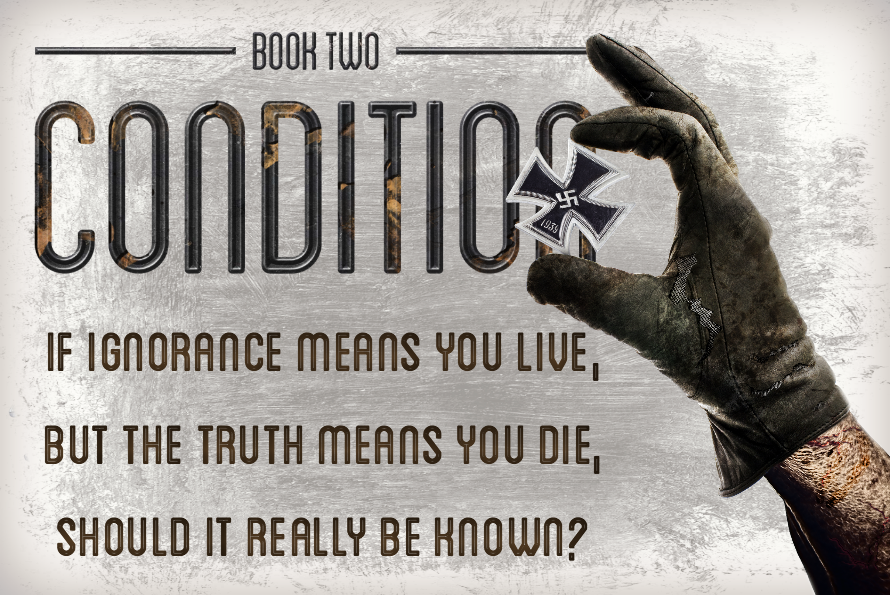 Alec Birri served thirty years with the UK Armed Forces. He commanded an operational unit that experimented in new military capabilities classified at the highest level (Top Secret Strap 3) and it is this that forms the basis of his novels. Although semi-autobiographical, for national security and personal liberty reasons, the events and individuals portrayed have to be fiction but are still nonetheless in keeping with his experiences.

If you regularly enjoy listening to audiobooks then this Shakespearean actor will need no introduction. Winner of a 2016 SOVAS award, Jonathan’s voice is rightly recognized as being one of the best, and his narration of The Condition Trilogy is no exception.

So this book is wayyyy darker than the first! Let me tell you, you are on a ride through some scary shit! I was deeply in suspense and confusion with Birri’s second novel. I felt just as the characters were feeling, that nothing is quite adding up. There are some experimentations going on in the 1970s and then we skip to the future where doctors are working on cures for everything. It was disturbing in some places with the experiments that happened and the descriptions of the creepy things this Nazi guy was doing to the residents of the town. There are some interesting political tidbits with the government of Argentina just wanting to cover up what this hateful person was doing instead of trying to get rid of him. Birri does an excellent job with the 1970 setting and the future one. I get a good sense of creepy throughout the novel and really enjoyed learning more about the characters. Although I do wish more of it had been on the character from the first book (personal preference here). I’m not sure where everything will tie in just yet, but that makes me excited for the last book in this series! I give this novel a 4.5/5 stars!

The narration is great as well! Keeble does a good job with these characters and accents. I could feel his emotions while he was reading the story to me. I will say the President of America had a very unique and disturbing voice, but I feel that was done on purpose, so great job! There didn’t seem to be any mistakes or audio bloopers in here so I give the audio a 5/5!

I received this audiobook as part of my participation in a blog tour with Audiobookworm Promotions. The tour is being sponsored by Alec Birri. The gifting of this audiobook did not affect my opinion of it.

It’s difficult to play fantasy movie casting without giving too much of the plot away, but here goes:

• Squadron Leader Dan Stewart: Book One’s main protagonist. His journey starts in 1966 and ends in 2028, so it would be great to have an actor who’s already gone through the same ageing process – both in real life and on screen. Michael Caine would be perfect. At 84, his current age doesn’t need any prosthetics, and I’m sure the CGI boys and girls could do something with his 1960’s footage from Zulu and Alfie. He’s even played an RAF Squadron Leader – in the 1969 movie, Battle of Britain. Not a lot of people know that!

• Doctor James Adams: The audiobook’s narrator, Jonathan Keeble. The way Jonathan made the doctor’s bedside manner sound both settling and unsettling was impressive and, having watched him perform as an actor, I think he would be ideal for the movie too.

• Nurse Tracy Richards: A no-nonsense trope who’s determined to get her way both professionally and romantically, so someone with a record of great on-screen chemistry with her co-stars. Emily Blunt comes to mind. I watched her with Matt Damon recently. The movie was forgettable, but the way their relationship worked on screen was anything but.

• Professor Sir John Savage: The main antagonist (or is he?). Again, the narrator Jonathan Keeble would be ideal, but as he’s already playing the good (bad?) doctor, that honour would have to go to someone sadly no longer with us: Ian Richardson. American readers/listeners may not recognise the name, but on this side of the pond, he played the Kevin Spacey character (are we allowed to mention his name these days?) in the original UK version of House of Cards. Ian was in my mind the whole time I was writing Savage – everyone loves to hate an upper-class British villain oozing an unashamed sense of superiority, and Ian played that to perfection.

• Alex Salib: Every sneering aristocrat needs a working-class foil to keep them in line, and that’s Alex. She couldn’t be more opposite to Savage – a far-left politician determined to put an end to both him and his ‘evil’ far-right practices. The trouble is, she can’t resist using the red-pill for her own purposes. Does that make her good or just as bad? I think Andrea Riseborough might relish the chance to portray the paradox. She’s most well-known for Oblivion and Birdman, but it was her performance in a recent episode of Black Mirror that drew my attention.

• President Donald J Kalten: No prizes for guessing who this character is based on! Alec Baldwin does a ‘great job’ of lampooning Trump in real life, but I’m sure he could play him straight too. Yes, that’s right, The Condition Trilogy includes a character based on the current president of the United States (albeit this one is a ‘good ol’ boy’ from Alabama) and with the same agenda – making America great again. How might the red pill help him to do that?

4 thoughts on “The Curing Begins: The Condition Trilogy Book #2”