Lost in the Light 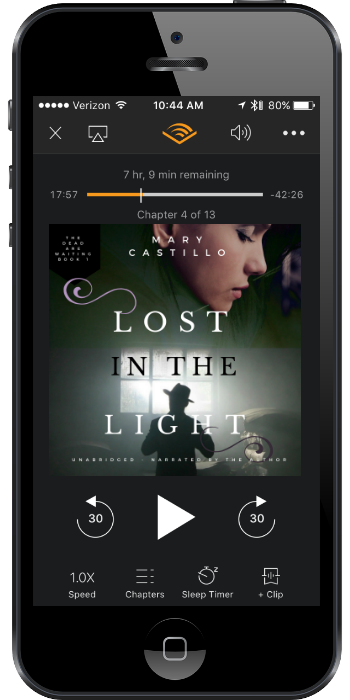 One October morning in 1932, Vicente Sorolla entered the white house on the hill and was never seen again.
Now, Detective Dori Orihuela witnesses his brutal murder in her nightmares.
Drawn to this tough but tender woman, Vicente materializes out of the butler’s pantry and asks her to find his lost love, Anna. Dori wonders if she’s not only about to lose her badge, but also her sanity. Dori has always been drawn to the mysterious Queen Anne Edwardian house in her hometown. But after a devastating injury that puts her career on the line, Dori isn’t sure if she made the right decision purchasing this rundown old mansion.
Her wisecracking Grammy Cena has waited too long for her independent granddaughter to return home. She hires a kooky psychic to banish the ghost and a handsome contractor with whom Dori has an unhappy past. With a promise to Vicente, Dori may solve a forgotten Prohibition era murder. Or she may exhume secrets someone died to protect.
A modern gothic mystery woven with suspense, ghosts, and romance, Lost in the Light was nominated for the Daphne du Maurier Award for Excellence in Paranormal Mystery/Suspense.
Fans of Susanna Kearsley, Simone St. James, Diana Gabaldon, Mary Stewart, Kate Morton, and Victoria Holt will want to curl up with Dori on her journey to love, past and present.

📢 Limited review copies of the Lost In The Light audiobook are available on Audiobookworm Promotions’ Adopt-An-Audiobook page.

Amazon Short Mystery Bestselling Author Mary Castillo loves a great startle, even though she makes her husband get up with her in the middle night after watching a scary movie!

When she’s not gardening, hiking or knitting, she’s engrossed in writing or reading a book. She only writes the kind of books she loves – chilling paranormal mysteries mixed with heartwarming romance and compelling heroines who keep her turning the pages long past her bedtime!

Her Dori O. Paranormal series kicked off in 2012 with Lost in the Light (Daphne du Maurier Finalist in Paranomal Mystery), which Mary narrated and produced herself as an audiobook in 2017. She didn’t intend to start a series but when she got to the end, she missed Dori so much that she wrote the romantic novella, Girl in the Mist and is preparing to publish the next novel, Lost in Whispers.

Mary’s debut, Hot Tamara was selected by Cosmopolitan magazine as the Red Hot Read of April 2005. Latina magazine called Mary “an author to look out for” and selected In Between Men and Names I Call My Sister for the Top 10 Summers Reads in July 2009. OC Metro magazine named Mary one of the hottest 25 people in the O.C. (the first but certainly not the last time her hotness has been publicly confirmed).

Mary grew up in a haunted house in National City, CA. She cries every time she sees The Ghost and Mrs. Muir. A graduate of USC, Mary lives in Orange County, California with her family and a black pug named, Rocky. 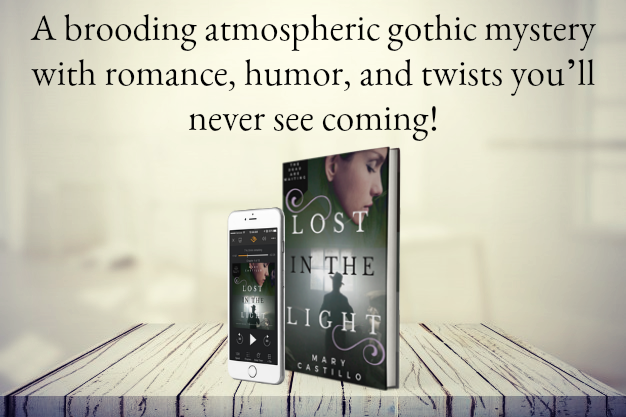 One thought on “Lost in the Light”