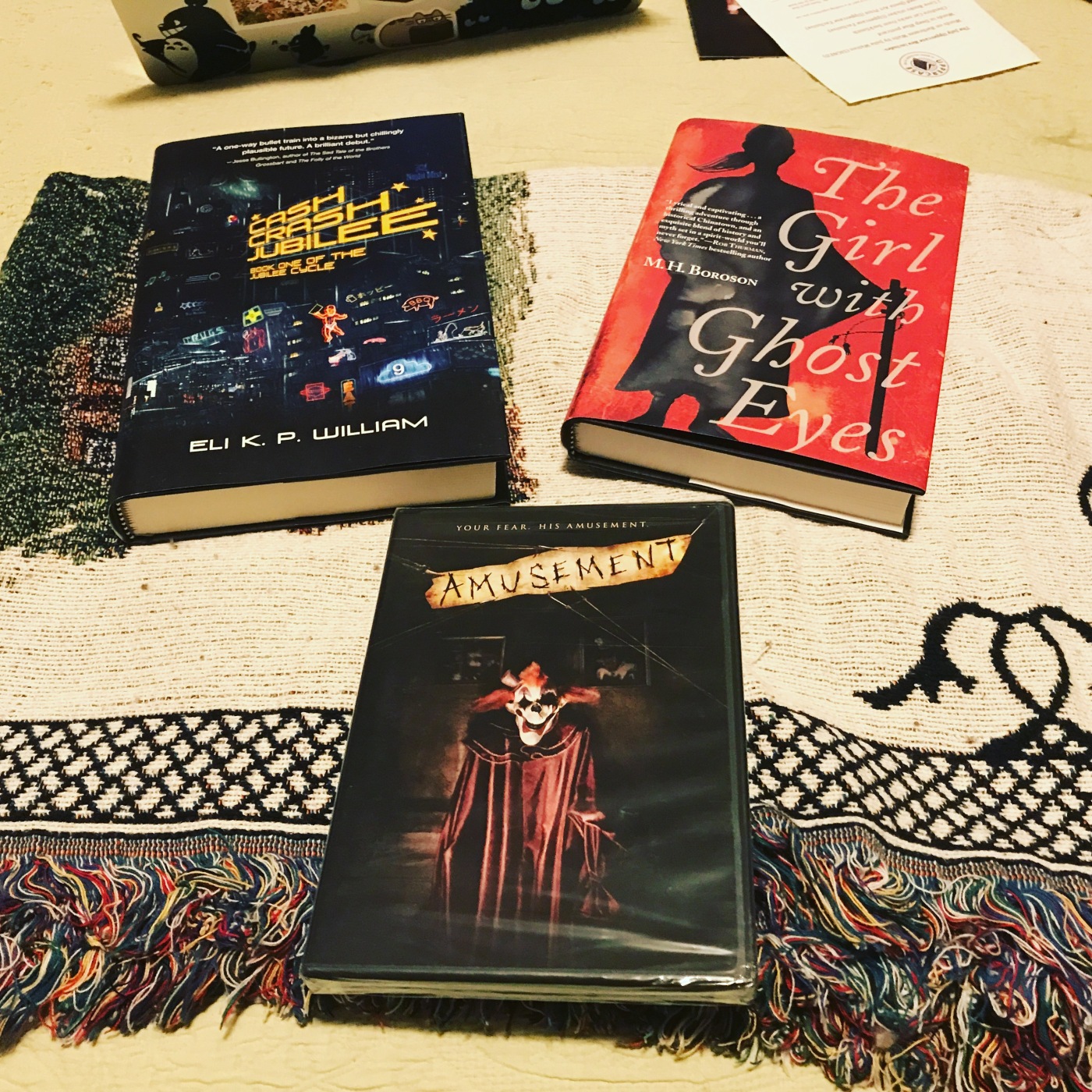 Item #1: Amusement. Rated 5.1/10 on IMDB. Only 27% of the audience liked it on Rotten Tomatoes. The concept of the story is that three women go through their normal activities and then are captured by someone from their childhood. I actually watched this one with a friend recently and I can honestly say it was really weird. First the dude that has a grudge on them doesn’t make much sense. He apparently hates them, because in grade school they told him his science project was evil. Then he decides to capture them after like 20 years? I don’t know where he got some of the actors/actresses to be in his stunts with him. As he wasn’t always alone taking or conniving these women. Only one makes it out, and we don’t get an ending, so yeah. I’d have liked some follow up for sure. I also would have liked more context. And there weren’t many scary parts. I only jumped once during a jump scare. The rest was just odd and creepy. I’d give it a 9/10 for creepiness, and then 1/10 for plot and scariness.

Item #2: Cash Crash Jubilee by Eli K. P. William. Rated 3.64 out of 5 stars on GoodReads. Amon Kenzaki works for a bank in the future. This is a society where people have chips implanted in them to record their every movement and also record their transactions. Amon must sentence bankrupt citizens to the bankdeath camps where they are forever cut off from the economy. He is asked to do this with a likable politician and then is accused of performing a jubilee. Amon needs to figure out what happened and ask questions of the system while trying to restore his bank balance to normal. Seems like a really interesting book, so long as they describe the system set up here. And also seems more like a thriller than a horror, but I’ll take it.

Item #3: The Girl With Ghost Eyes by M. H. Boroson. Rated 3.92 out of 5 stars on GoodReads. Li-lin is the daughter of a renowned Daoist exorcist. She is able to see the spirit world and predict death. A sorcerer cripples her father and sets in motion terrible plans. Li-lin must navigate Chinatown with her traditional Daoist exorcist weapons and stop the end of the world. This seems really cool. It’s set in San Francisco with an early immigrant family, so we may get some historical stuff in here about what it was like to live during that time period and be an immigrant with old world beliefs. I don’t see how it’s a horror novel per se, but I am very interested in reading it!