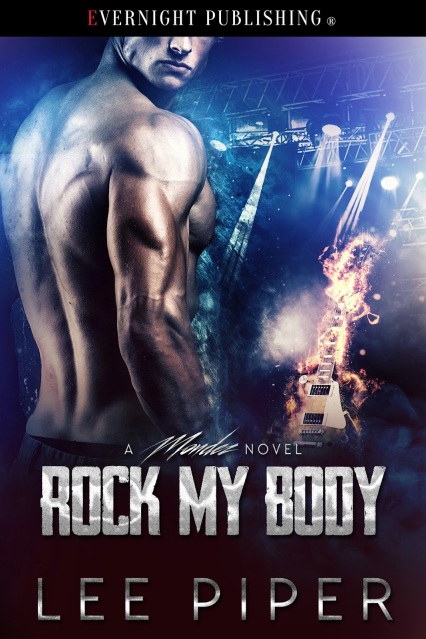 Twenty-two year old Riley Sears promises herself never to fall in love unless it is with a guy who is long-term boyfriend material. She is not crazy, her psychologist reassures her of that, but when faced with situations she cannot control… Well. Her anxiety skyrockets.

Enter Dominic Mondez, the hottest creature ever to grace pecs and abs. The notorious playboy propositions Riley with the best sex of her life—his words. However, after learning he never sleeps with the same woman twice, Riley’s decision becomes remarkably simple.

Sadly, traversing the murky waters of friends without benefits is far from simple, especially since Dominic is the lead guitarist of local rock band, Mondez. He is also tempestuous, a womanizer, and—even worse—inexplicably jealous. Dominic is bad for Riley in every possible way. Bad, bad, bad.

If only her body would listen.

Lee Piper is a lover of books. She often juggles reading seven novels at a time for the sheer joy of it. At the grand old age of five, Lee Piper decided to become an author, however found a limited market for her unicorn stories. So, high school English teacher it was.
​At thirty-two, and grieving the loss of her second miscarriage, Lee Piper turned to novels—Kylie Scott to be precise—to escape the pain. This then inspired her to write Rock My World, the first in a four part contemporary romance series. Her debut novel not only reached the second round of the 2016 Emerald Award, but also became an Evernight Publishing bestseller within the first two weeks of publication.
Lee Piper lives in Adelaide, South Australia with her drummer husband, cheeky daughters, and one very crazy dog.

Sign up for Lee’s Newsletter for a chance to win $10.00 Amazon Gift Card